Another one of Todd’s new pieces on a 5.5″x5.5″ wood block. A beautiful tribute to the majestic elephant. Please message us if you’re interested in purchasing one of these or stop by and see us and all the new art this weekend at the Roy’s Folks Craft Fair at the Oak Hollow Mall in High Point. 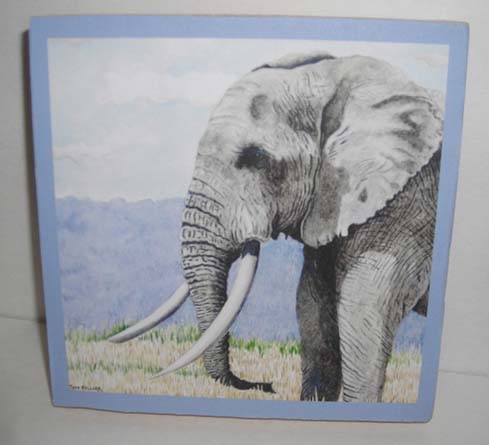 Todd’s been working on something new for this holiday season. These are 5.5″ x 5.5″ wood blocks with prints of his original artwork. Only $20.00 (+$5.00 S&H) and ready to hang. Many different designs which we’ll be sharing in the coming days. This fun Sunflower comes in your choice of signature background.

Looking forward to seeing Roy again this weekend at the Roy’s Folks Craft Fair. Friday and Saturday in the old JC Penney store at the Oak Hollow Mall. Lot’s of great local, handmade items for everyone on your holiday list. 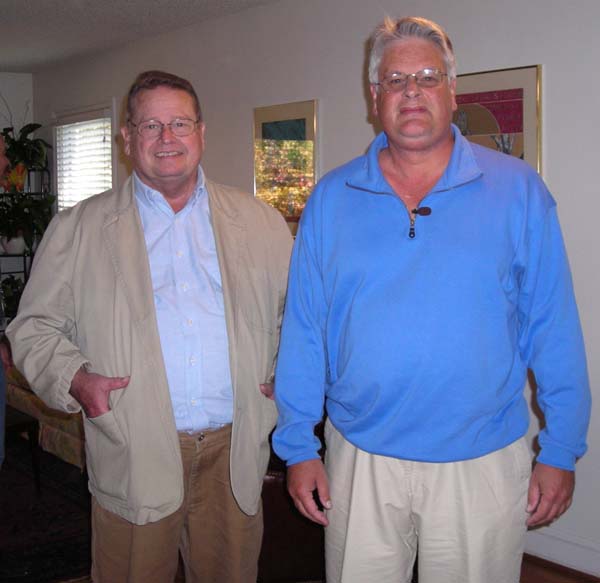 In memory of John’s beloved Alex. We met John at the Roy’s Folks craft fair several years ago and he had just lost Alex the day before. He was the winner of our 8″x10″ portrait giveaway for that show and was so moved when he found out he had won. “It was like a miracle that I won the pet portrait from the Roy’s Folks Craft Fair as I just lost my beloved golden retriever Alex on Saturday. The portrait is just wonderful. I will always remember Alex, Roy’s Craft Fair and both Todd and Stephanie.” — John H., Trinity, NC 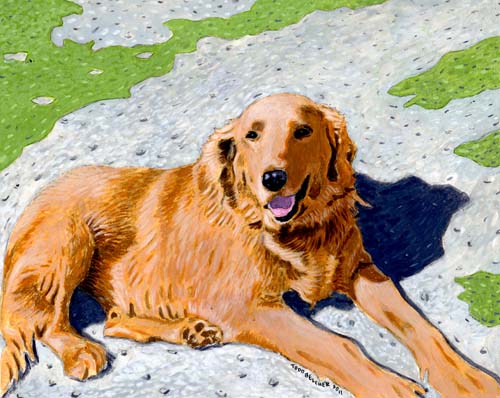 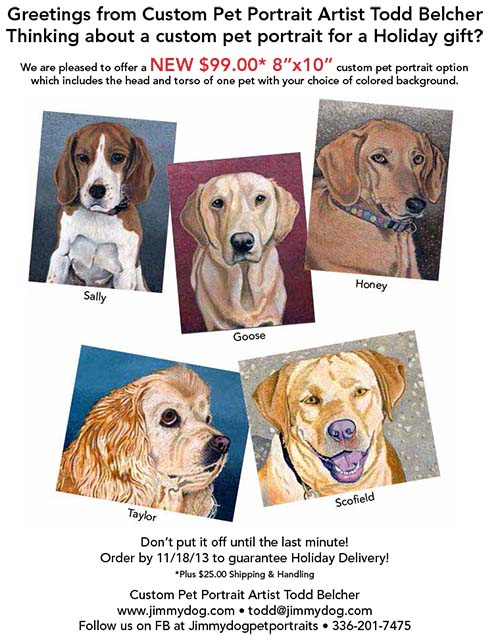